The LOOMIS LAW OFFICE is the office of J. Michael Loomis, Attorney at Law. Mike continues to maintain an independent law office in Aboite Township, in southwestern Allen County, and you can find him at 7127 Homestead Road, Ste J, Fort Wayne, Indiana 46814.

The LOOMIS LAW OFFICE was established after Mike worked for 20 years as a U.S. Senate aide, deputy prosecutor, and Chief Deputy Prosecutor, and opened he opened it on October 1, 2001.  Mike is a native of Fort Wayne.  Mike brings a wealth of trial experience to his law practice.  Mike uses that  extensive trial experience as a staunch advocate for his clients.

Mike qualified to serve as a mediator in 1995. He is registered on the Indiana Mediator Registry as a mediator in both Civil and Family Relations cases, and continues to accept mediation cases. Mike’s vast experience as a trial lawyer provides him with unique qualifications for alternative dispute resolution, because he understands litigation and attempts to anticipate the outcome of lawsuit contests based on that experience. In addition to being a mediator himself, Mike has also represented numerous clients going through the mediation process.

Mike has extensive leadership experience. He is a past national president (2007-2010) of the National Transportation Safety Board Bar Association (now the International Air & Transportation Safety Bar Association). He served as President of the Indiana Child Support Alliance from 1995-1997, working to improve state legislation, Court guidelines, state regulations, case management, training, and integration of new software across the state of Indiana through the Title IV-D program. While serving as Allen County Chief Deputy Prosecutor, in addition to trying many homicide cases over several years, Mike implemented new and important Hoosier legislation, including: "Steve's Law", making it a felony to steal another person's prescribed drugs; ending the "Year-and-a-Day Rule", a bright-line, common law rule that a person cannot be convicted of homicide for a death that occurs more than a year and a day after his or her act(s) that allegedly caused the death; and, shortly after the infamous Columbine Shootings, he implemented the legislation that created the first Allen County School Safety Commission, a cooperative intra-county body of government, education, and law enforcement personnel, leading the commission for its first two years from 1997-1999. (The numbering system used for the exits of local private and public schools in Allen County is a product of that commission, being one of the first things that it accomplished after its creation.) Mike continues his keen interest in public safety. In 2017, Mike worked with Indiana State Representative Christopher Judy to create a law making the use of "Ransomware" not only a state crime, but a felony (please see "Gallery" for photo of Governor Eric Holcomb signing the bill, with Representative Judy in the lower right, and Mike in the back row, left).  Mike also founded the General "Mad" Anthony Wayne Organization, Inc. a nonprofit dedicated to "enhancing area education about local history".  Mike's wife, Judi Loomis, serves on the Board of Directors for Crime Stoppers. 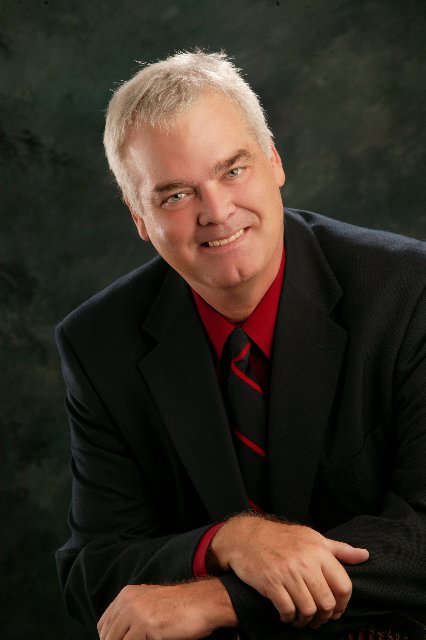 J. Michael Loomis is a native of Fort Wayne, Indiana. He attended Homestead High School. He graduated from Indiana University in Bloomington, completing his Bachelor of Arts Degree in Forensic Studies in 1978. Mike graduated from the University of Dayton School of Law in 1981.

Upon graduation from law school, Mike served as an aide to U.S. Senators Richard G. Lugar and Danforth J. Quayle from 1981-1983. Mike practiced law in Fort Wayne from 1983-1984 with CAPPELLI & LOOMIS, focusing on business and real estate. In December 1984 Mike and his wife, Judi, moved to Indianapolis, where Mike served as a Marion County (Indianapolis) Deputy Prosecutor. Mike worked as a Felony Court Supervisor. Mike also gained experience in supervising major grand jury investigations, including a controversial police action shooting. He coordinated the investigation and retrial of a case involving allegations of prostitution activities at the Indianapolis 500; he prosecuted a nationally-publicized obscenity trial (“Barbra Broadcast”); and, he supervised a Vice Division investigation of a homosexual prostitution ring at Fort Benjamin Harrison. Mike took a brief leave of absence to serve a term as Associate Counsel for the Senate Majority of the Indiana General Assembly in 1986. Mike worked for the Marion County Prosecutor’s Office until February 1991.

In March 1991 Mike joined a commercial litigation law firm in Indianapolis, FEIWELL & HANNOY. There, he worked in real estate and commercial litigation for approximately two years. Mike was instrumental in getting the law firm approved for its handling of federal banking regulatory matters in 1992. In March 1993 Mike and his family returned to his hometown of Fort Wayne, where Mike served in the Allen County Prosecuting Attorney’s Office as Senior Trial Counsel, then Chief Counsel of the Civil Division, and finally Chief Deputy Prosecutor. As Chief Deputy, his responsibilities included the supervision of homicide cases, management of Grand Jury investigations, and administration of the office and staff of over 130 employees. Mike served in that position for nearly five years.

Mike returned to private law practice on October 1, 2001 as a solo practitioner and established LOOMIS LAW OFFICE.  Mike recently moved his office (May 1, 2021) and is now conveniently located near U.S. 24 at Homestead Road, in southwestern Allen County, Indiana.

Mike is admitted to practice before the Supreme Court of Indiana, all Indiana trial courts, the U.S. District Court for Northern Indiana, and the U.S. District Court for Southern Indiana. Mike also practices before the NTSB, primarily in FAA medical safety and enforcement cases. He has appeared several times before Indiana administrative and regulatory boards.

Mike and Judi have been married since 1983. Judi is the former “Judi Krall”, who worked for WANE 15 as a reporter and weekend anchor from 1979-1984. Formerly Director of Marketing & Resource Development for The League for the Blind and Disabled, Judi now owns and manages her own business, Strategic Partners, LLC. They have one son, J. Adam Loomis, who graduated from the University of St. Francis in Fort Wayne with a degree in Business Administration. Mike and Judi have a grandson, Kai, age 5, Adam's son.

Mike is the founding member of the General "Mad" Anthony Wayne Organization, Inc., a non-profit organization dedicated to enhancing education about local history; and, he is the creator of General "Mad" Anthony Wayne Day (July 16 each year) in Fort Wayne.  Mike is currently working with WANE 15 to bring a new high school quiz show to northeastern Indiana in Spring 2022, called the "QUEST Tournament"™.

Do you want to resolve your legal issue?

Contact an experienced, aggressive, yet friendly attorney to get that resolution underway.

Owner and Attorney at

Get the kind of personal attention that you need and deserve for your legal problem.